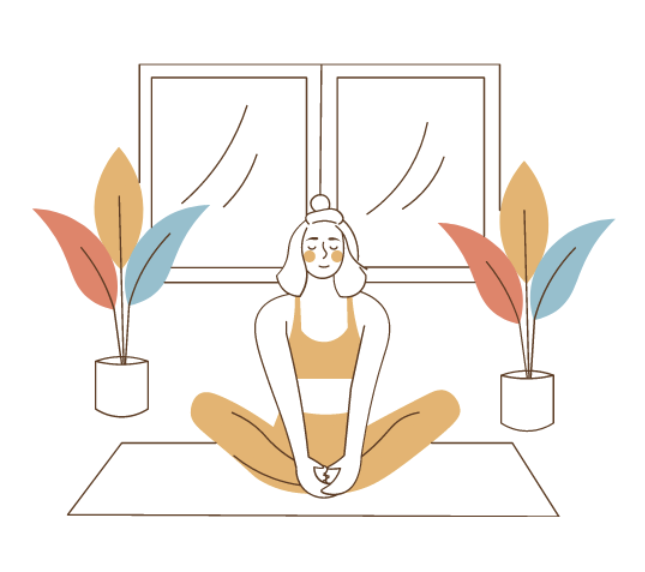 I created the Vinyasa Yoga Beats playlist a few years ago to help me create new yoga playlists for each class I teach. Typically each playlist includes a mix of songs I’m listening to a lot that week, combined with songs from this list that are really strong for movement and meditation. If I'm uninspired, I'll pick one or two songs from this playlist that resonates with me in the moment and then build a playlist around that.

Pick out any 8-12 songs for a home yoga practice, or use the playlist on shuffle as background noise for any type of deep focus activity. I love to make things, so I'll throw this on while I'm drawing or tinkering with DIY projects. I also use it during the workday to focus.

Best concert experience ever and why

My most incredible concert experience ever was seeing Ray Lamontagne on the waterfront in Boston during the summer of 2012. I went with my friend Lou, who's been my musical soulmate since high school and was my roommate at the time. There was a giant thunderstorm that put the show on pause for about 20-30 minutes. The thunder was booming and it was a torrential downpour. The pavilion was covered, but you were literally surrounded by the elements on all sides. It seemed pretty bleak, but then Ray surprised everyone and decided to play through the storm. Ray's voice is literally divine, and his vocals combined with the dramatic backdrop of giant lightning bolts cutting across a dark sky as thunder shook all around us was unlike anything I've ever experienced before or since ⛈ ⚡️

Music I grew up with

Music was big in my family. I have two sisters and a brother, and we all played instruments or sang. I played piano for 10 years and sang all types of different chorus groups in middle school and high school, so I learned all the classics. My first concert ever at age 13 was Blink 182, and around that time I was also listening to Foo Fighters, Michelle Branch, and John Mayer (he's still my favorite guitar player around). One summer during college, I burned all my brother’s Minus the Bear CDs, and from then on I noticed that all my favorite favorite music seemed to have an electronic sound as the common thread. I developed a taste for Daft Punk, Miike Snow, and Radiohead, and eventually I got super inspired by playlists from my yoga instructors in the Boston area. At the studio where I practiced and did my teacher training (Back Bay Yoga), they taught blacklight yoga classes with a loud playlist and blacklight. It felt like being at a concert and having a private dance party on your yoga mat. The studio owner said they taught these classes because setting the practice to popular music helped people let their guard down and give yoga a try. This is a writeup about the class from Boston Magazine. Fun fact: I’m actually in the blacklight yoga class picture.

Phantogram has been my favorite band for about a decade. Their music’s incredible and they’re a female-fronted rock band with a lead singer [Sarah Barthel] who’s simultaneously soft-spoken and a total badass. When I’m teaching yoga, I always include songs by Odesza. They’re one of my favorites and I think there’s a real art to the way they put songs together.
I once started out a class with a breathing meditation that became a moving meditation choreographed to their tracks Intro and A Moment Apart from the record with the same title. I’m fully aware that not everyone in a yoga class is comfortable with the concept of meditation, but music helps people open up to a different type of mindful experience.

By day I work as a content designer. I also teach yoga at my local studio, South Hills Power Yoga in Pittsburgh. In my free time I love to travel, make things, and spend time with my favorite people and pets. You can find pictures of art projects, apartment decor, and my fluffy cats on my Instagram. and I post updates for my yoga classes and yoga playlists on my website.